This website uses cookies to ensure you get the best experience on our website.
Please scroll to the bottom of page to read the notice if you are coming from the European Union... 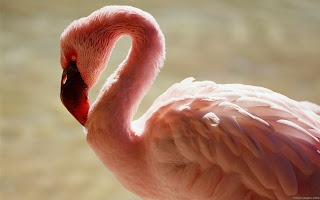 "In a 9 billion dollar investment, Apple's A5 chips will now be produced in Austin, TX, in a new Samsung factory that is apparently 'the largest-ever foreign investment in Texas.'" According to the article, the factory's been churning out chips since the beginning of this month.

"In standard solar cells, much energy is lost (as heat) from photons mismatched to the capability of silicon to capture them. A new technique uses a pentacene layer to down-convert each hot (un-captureable) electron to two electrons that can be captured by standard silicon cells."

Insanity.  Tootech points out this story for anyone who's been curious about getting that top-secret clearance and the promise of a cushy pension from the CIA, as a reward for decades of blood-curdling, heart-pounding, knuckle-whitening IT service: "Be prepared to go through a lot of scrutiny if you want to work in the Central Intelligence Agency's IT department, says chief information officer Al Tarasiuk. And it doesn't stop after you get your top secret clearance. 'Once you're in, there are frequent reinvestigations, but it's just part of process here,' says Tarasiuk, who also gets polygraphed regularly, though he won't be more specific. For those senior IT managers who are the 'privileged users,' meaning system administrators, 'there is certainly more scrutiny on you,' Tarasiuk says. 'It's interesting: there's so much scrutiny that a normal person might not want to put up with that. But it's part of the mission.'"

"Contrary to a previous story, Google played no part in the Megaupload takedown. From Wired: 'YouTube said Friday that Universal Music abused the video-sharing site's piracy filters when it employed them to take down a controversial video of celebrities and pop superstars singing and praising the notorious file-sharing service Megaupload.'"

"Since its introduction, the Stop Online Piracy Act (and its Senate twin PROTECT-IP) has been staunchly condemned by countless engineers, technologists and lawyers intimately familiar with the inner functioning of the internet. Completely beside the fact that these bills, as they currently stand, would stifle free speech and potentially cripple legitimate businesses by giving corporations extrajudicial censorial powers, there's an even more insidious threat: the method of DNS filtering proposed to block supposed infringing sites opens up enormous security holes that threaten the stability of the internet itself. The problem: key members of the House Judiciary Committee still don't understand how the internet works, and worse yet, it's not clear whether they even want to."


Dear Congress, It's No Longer OK To Not Know How The Internet Works

motherboard.tv — I remember fondly the days when we were all tickled pink by our elected officials’ struggle to understand how the internet works. Whether it was Ge...

ype "Let It Snow" on Google for a Pleasant Surprise

mashable.com — In the spirit of the Google "barrel roll," the company has another tricky search result today: Simply search the words "let it snow&...
Posted by Surfer51 at 5:58 PM

W hen He came again to Jericho I sought Him out and said to Him, "Master, on the morrow my son will take a wife. I beg you come to th... 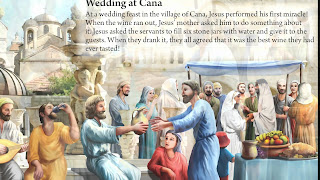 Create your own visitor map!

Acts 17:11These were more noble than those in Thessalonica, in that they received the word with all readiness of mind, and searched the scriptures daily, whether those things were so.

Disclaimer: This blog is a personal non profit unofficial web site and has been created for hobby, educational, research and informational purposes only. Any material will be removed upon request from copyright holders.

FAIR USE NOTICE:
This blog may contain copyrighted material. Such material is made available for educational purposes, to advance understanding of human rights, democracy, scientific, moral, ethical, and social justice issues, etc. This constitutes a ‘fair use’ of any such copyrighted material as provided for in Title 17 U.S.C. section 107 of the US Copyright Law. In accordance with Title 17 U.S.C. Section 107, the material on this site is distributed without profit to those who have expressed a prior interest in receiving the included information for research and educational purposes. However If you wish to use copyrighted material from this site for purposes of your own that go beyond ‘fair use’, you must obtain permission from the copyright owner.